nofollow
back to cultofmac.com
Save Sitewide During This Fourth of July Weekend - Up To An Extra 20% Off
Give $10, Get $10
Get $1 credit for every $25 spent!
Ending In:
View similar items
Ending In:
add to waitlist 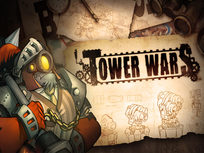 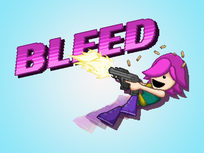 By SuperVillain Studios | in Apps + Software

"... we are whole-heartedly recommending Tower Wars. That's the power of online co-op multiplayer; especially a multiplayer mode whose action, concept, and execution is so wonderful. Grab a couple of friends, get this game downloaded, and lose many consecutive evenings to defending - and destroying - some towers!" - Gamezebo "... It does manage to embody what made tower defense games great along with the tried and tested elements found in any RTS game worth its salt. With a fantastic art style and lots of humor infused Tower Wars really does offer a great deal... " - IndieGameMagazine

Ever wonder what happens when you take the open-world action of a first-person shooter and combine it with the real-time strategy of a tower defense game? You get Sanctum – the first title to introduce this unique style of gameplay to the world. Customize your towers and weapons before setting foot on the battlefield, then join in the action as you play a role in defending your structures. Quadruple the trouble by inviting 4 of your friends for some cross-platform co-op action (PC/Mac).

Unlike other Tower Defense games, you don't just watch from above as the battle ensues – you get thrown into the fray yourself – a thrilling addition to an already addictive genre. TOP FEATURES

Metacritic Score: 70/100 "Sanctum offers a fresh take on tower defense gameplay that is great at its core... " - Destructoid

By Bootdisk Revolution | in Apps + Software

Meet Wryn: a little girl with a big arsenal. Her quest is to become the greatest video game hero of all time. She can jump not once, not twice, but three times in a row, and has the unique ability to slow down time – so you'll have plenty of tricks to quickly dispatch enemies without receiving so much as a scratch.

If you've ever played Contra, then you'll love Bleed. It's an intensely-fun, side-scrolling shooter where you (and an optional friend) pit your skills against seven levels of enemies, obstacles, and insane bosses – classic gaming at its finest. TOP FEATURES

"Insanely fun." - Penny Arcade Report "Bleed is an energetic tale of heroic conquest." (7.5/10) - GameSpot "If you have a pulse, if even a fraction of your heart is occupied by video games, you must play Bleed." - The XBLIG

By 3 Sprockets | in Apps + Software

Cubemen is a fast-paced, action-packed 3D Tower Defense game – you use your own Cubemen to defend your base from other Cubemen. Sounds pretty standard, but when you throw in power-ups, 6-way multi-player battles, and intelligent AI, you're left with a game that's nothing short of madness.

There's something intensely satisfying about laying waste to hundreds of small Cubemen – and we think you'll agree. TOP FEATURES

"If you have a deep-seated desire to see little 3D men explode in showers of gratuitous cubes, this is the game for you." - calmdowntom.com "Personally, I love it. I think that it perfectly fits that niche of games that are simplified and easy to grab a few minutes at a time with, but not so simple that it gets boring after a few plays. Cubemen is a great start, and I’m curious to see what the devs do with it next." - AppStorm